When is ‘free’ not free for the purpose of VAT? 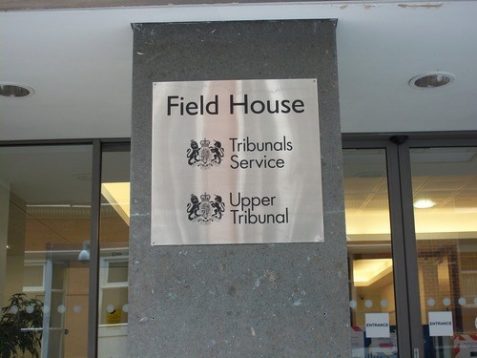 We’re all familiar with special offers, often seen whilst out shopping.  Buy a sandwich and some crisps at lunchtime and a get a drink included in the price, buy one get one free, and so on …

There are many cases in relation to VAT on promotional offers, however, in this case over £11 million of VAT was at stake which made this an important case for both parties.

This matter was appealed to the First Tier Tribunal.

This case relates to the familiar M&S promotion “dine in for two with free wine”.  M&S offered three food dishes to customers for £10  with a ‘bonus’ of ‘free bottle of wine.

The food items in the promotion were zero-rated for VAT, but the wine (if not provided free of charge) would be subject to VAT at 20%.

HMRC’s decision was that the food and wine was sold as a single package and therefore 70p in VAT was payable on each £10 sale.

M&S argued that the aggregate shelf price of the three food items in the offer was always more than £10 and therefore it followed that the wine had to be considered to be “free”.

There were four key issues that the First Tier Tribunal to examine, namely:-

The Tribunal found that in structuring and marketing the “Dine In” promotion M&S took into account both commercial and VAT issues. In commercial terms, the aim was to refresh the company’s primary existing offering, the “Dine In for £10 “promotion which had been in place since 2008. The evidence provided to the Tribunal showed that the company anticipated benefits simply from replacing an “old” offer with a “new” one.   It was also found that M&S also took a commercial decision to invest more in improving the range and quality of the food items available in the promotion. This in turn increased the discount which a customer could obtain by buying the three food items in the offer rather than separately.

The previous Dine In for £10 promotion had comprised three food items and a bottle of wine for £10. The Tribunal found that M&S’s decision to structure the Dine In Promotion as an offer “with free wine” took into account both commercial and VAT issues. The Tribunal accepted evidence that in marketing terms describing an item as “free” is considered to be particularly attractive to customers. This was a significant and material element in the decision to describe the wine as “free”.

The First Tier Tribunal found that, as a matter of commercial common sense, the wine could only be described as ‘free’ in the marketing sense, as in ‘buy two, get one free’.

In rejecting the retailer’s challenge to that ruling, the Upper Tribunal noted that the wine was usually the single most costly item in the deal and that, if a customer simply walked into one of the retailer’s stores and asked for a free bottle of wine, he would be given short shrift.

In contractual terms, customers made an offer to buy the food and wine at the till for £10, and that offer was accepted by the retailer when it took payment of £10 for all four items.

Therefore VAT should be payable on the wine comprising part of the offer.

The decision taken by the First Tier Tribunal appears to be correct one and has clear regard to the commercial structuring of the offer being made.

There are, however, cases where this is not so clear, and in such circumstances we would recommend taking independent legal and tax advice.

Hallmark Solicitors have a wide range of experience of dealing with HMRC matters, including VAT decisions.  Should you require any advice or assistance then do not hesitate to contact us for a no-obligation initial consultation.