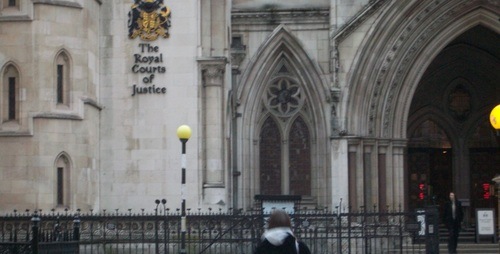 Disputes in the course of conducting business whether in the UK or abroad can arise for a variety of reasons. The most common anatomy of a tax or other variant of commercial disputes and disputes in general is the parties’ inability to see matters from the perspective of the other, which often leads to a corresponding inability to alter their position or take steps which can ultimately lead to a resolution of the dispute.  Furthermore, where the parties’ positions become entrenched, it can often be difficult to row back from the brink of hostilities.

This is therefore a common sense guide to managing legal disputes.  In it we discuss what parties, particularly commercial entities must consider and address when faced with conflict; before embarking on a course of action which ultimately will end in frustration and futility as well as, or in the alternative, severe financial loss.

1. What are the Common Causes of Commercial Disputes and Ways to Avoid a Full-blown Legal Battle?

Most disputes will usually arise because of poor communication, miscommunication or a break down in communications and possibly a lack of consideration of the rights or the perspective of the other party or parties.

It is important therefore for the well advised to acknowledge each other’s interest.  This can be done by putting oneself in the shoes of the other.  It is equally important to listen critically to the important requirements of the other in order to determine the best way forward.  However, for this to be possible then it is vital that the parties adopt a principle of transparency that allows both or all parties to declare their principal objectives.

To do this effectively, Roger Fisher and William L. Ury & Co in their book, Getting to Yes: Negotiating Agreement Without Giving In suggest that parties should develop objective criteria.  In other words, be realistic with the outcomes you require.  In a dispute situation, parties need to understand that whilst they may not get everything they want but by being objective and reasonable in their approach, this should ensure that they get what they need.

They also suggest that parties need to:

It is safe to say that if the parties particularly commercial entities with a strong commercial awareness are able and willing to adopt a win-win approach, it will be possible in most cases to avoid full scale legal combat.  There are of course situations where commercial realities may not be the only or paramount consideration such as in disputes involving tax or governmental authorities whose focus will not always be an amicable settlement of a particular dispute but the pursuit of wider economic and fiscal policies. In the main however, many disputes can be avoided by adopting the approach outlined here.

You have probably heard it a million times, legal proceedings are expensive and not to be entered into lightly and for good reason it bares repetition.  However there are times and situations in which it is not always possible to avoid legal proceedings particularly when a party or parties refuse to take a principled approach to the issues at hand; use personal attacks or play dirty tricks; simply refuse to budge from their opening position; seek to maximise their gains unfairly; or refuse to take part in discussions or negotiations.

Another example is where in the case of construction disputes, one or more of the parties involved or even third parties or stakeholders will suffer detriment unfairly if immediate and swift action is not taken.  This also is the case for david v goliath type scenarios where one of the parties may seek to gain unfair advantages over the other as a result of their dominant financial or bargaining position.  In our experience of tax related disputes, quite often the drivers are not the specific dispute but the need for the tax authorities to avoid setting of uncomfortable precedents which may have the effect of opening the floodgates.

Case in point is the recent Supreme Court Decision of Amoena (UK) Limited (Appellant) v Commissioners for Her Majesty's Revenue and Customs (Respondent) [2016]. The appeal concerned the appropriate customs classification of a mastectomy bra marketed under the name “Carmen” and imported by the Appellant. The bra was designed to be worn with an artificial breast form by women who have undergone surgical removal of one or both breasts. The issue was whether the bra should be classified under the ‘Combined nomenclature of the European Union’ (“CN”) classification system as a brassière, thereby attracting duty at 6.5%, or as an “orthopaedic appliance”, “artificial part of the body”, or “other appliance… worn… to compensate for a defect or disability”, in which case there is no duty payable. The First-tier Tribunal held that it should be classified as a brassiere, attracting duty. The Upper Tribunal reversed the decision. The Court of Appeal upheld the First-tier Tribunal’s decision.

In such instances and other situations where the possibility of an amicable resolution is remote, it is important for proceedings to commence swiftly in order for the matter to be brought before and decided by an impartial arbiter.

Litigation refers to the act of or process of commencing and determining points of law, contract or tort through the Court.  It is the action through which private individuals and other types of legal entities such as incorporated bodies and even governments are able to enforce rights belonging to them in court.

In the UK, there is a labyrinth of Court and Tribunals and the type of remedy that will be ordered by the court or tribunal will depend largely on the type of proceedings brought.  However the most common remedies available through litigation include:

Owing to the time-consuming and expensive nature of the litigation process, alternative dispute resolution (“ADR”) has evolved in many jurisdictions over a number of years as an alternative to litigation.

In the UK, the following methods of ADR should generally be considered as an alternative to litigation:

Parties considering ADR need to take into considerations certain factors and will usually be guided by their legal representatives as to the most suitable procedure.  However some of the factors that need to be considered when deciding on an appropriate method of dispute resolution are:

Whichever course of action a party ends up taking, it is important to obtain suitable legal and professional help as early as possible.  The right legal professional will often save an organisation money in the long run.  Good legal advisors are skilled negotiators and are knowledgeable in their particular areas of expertise.  They will know when to draft in other professionals such as accountants, tax advisors, surveyor or architects on their client’s behalf and will often negotiate the best terms of engagement.

An ethical advisor is bound to act in your best interest at all times.  They will seek to establish the issues at hand and your objectives.  Many times they will assist a party to legal dispute arrive at an reason objective. In other words they will seek to understand the red flags and what outcomes you can live with and which lines must not be crossed when perhaps a party is too close to the problem, and when it can difficult for the client to ascertain what is reasonable and what is not.

A reputable advisor will conduct as a risk v benefit analysis to ensure any course of action you take makes sense economically and advise you of the options available at each stage and its consequences.

6. Funding Litigation - Can you afford it?

It is critically important for parties to obtain clear and accurate advice on the funding options that may be available to them before embarking on any type of legal proceedings or ADR, as well as the financial consequence and impact of each method of funding.  Similarly, a party needs to think of the consequences of loosing as well as winning.

Some of the litigation funding options are:

It is important to avoid winning hollow victories.  We would describe a hollow victory as victories which you win but may not be able to enforce for one reason or another.  Typically when a party litigates against “a man of straw” or in the case of a company non-existence of assets i.e. where the other party is incapable of paying out on the judge you have obtained.  This can also arise where assets have been hidden overseas or transferred out reach by some legal mechanism or other.  Advise should be sought early in the process on how to minimise these risks.

In certain cases, we would advise on a trace of these assets and an appropriate injunctions to prevent or stop these asset hiding activities.  Suffice to say, it is important to conduct thorough due diligence on the other side to ensure that the benefits of legal action are not lost or become an exercise in futility.

Parties need to consider whether full scale legal hostilities are absolutely necessary in a given situation or matter and settle as early as possible to avoid wastage of time, focus and expense.  Conversely, where legal proceedings are inevitable, then it is equally important that parties proceed prudently seeking out the best possible representation and advice while taking into consideration the factors mentioned in this discourse.